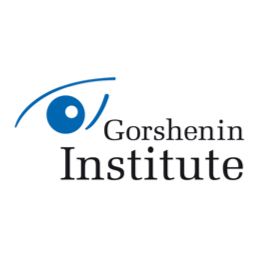 Ukrainian and German experts, representatives of the German Foreign Ministry, OSCE, members of the Bundestag, the European Parliament and journalists discussed the issues of mutual relations with Ukraine.

On Monday, 29 January, the Friedrich Ebert Foundation HQ in Berlin hosted an expert discussion entitled “Ukrainians and European values. Consequences for the foreign policy of the EU and Germany “. Participants in the discussion included Ukrainian and German experts, representatives of the German Foreign Ministry, OSCE representatives, Bundestag deputies, members of the European Parliament and journalists writing on foreign policy and relations with Ukraine. It was moderated by the director of the Representative Office of the Friedrich Ebert Foundation in Ukraine and Belarus, Marcel Roethig.At the beginning of the event, Gorshenin Institute’s delegation presented the results of a sociological survey, entitled “Ukrainian society and European values”, which was carried out in cooperation with the Representative Office of the Friedrich Ebert Foundation in Ukraine and Belarus in April-May 2017. In particular, the vice-president of Gorshenin Institute, Oleksiy Leshchenko, recalled that most Ukrainians recognise European values as the foundation of a prosperous society. At the same time, respondents named peace as the most important value for themselves, the expert stressed.

During the discussion, Nils Schmid, a Bundestag member (SDP faction), suggested that a political situation had its effect on the results of the survey. The German politician explained that the fluctuation in the number of those who support the EU, “one’s own way” and accession to NATO, as well as the percentage of those who are ready for radical political actions, indicate that political events in the country influence the opinion of respondents. And the values are more resistant to external factors, he added.

In turn, Karsten Voigt, a member of the Bundestag from 1976 to 1998 (the SDP faction), spoke in favour of a more pragmatic approach to defining the EU and its foundations. According to the MP, the values are the foundation of a successful society, but the EU, as a free union of European states, was also built on interests. “And complaints by some political forces in Ukraine that quotas for the supply of Ukrainian products to the European market get exhausted within a month or two are absolutely justified,” he said. Voigt suggested that the quotas should be raised with regard to the interests of Ukrainian producers.

Miriam Kosmehl, a leading expert at Bertelsmann Stiftung, concurred with Voigt’s opinion. “The association with the EU and European integration are only a way to put to life what the Ukrainians are striving for – welfare, the rule of law, democracy.” At the same time, the expert raised the question of which political forces in Ukraine are the drivers of European values, suggesting that, the idea of them may be distorted and not fully conveyed to ordinary Ukrainians in the political discourse in Ukraine. In addition, Kosmehl suggested that the lack of real competition in Ukrainian politics does not help responsible political forces with rational proposals to get elected.

This opinion is shared by Willfried Jilge, a member of the programme for the study of Russia, Eastern Europe and Central Asia at the Robert Bosch Centre for Central and Eastern Europe, DGAP. He expressed an opinion that the situation under which democratic values could be discredited, as it happened in Russia, is unacceptable. In this case, the reforms will also be discredited and populist political forces will use this issue for manipulation, the expert said.

01December
To date, there are no announcements, see all Мероприятия 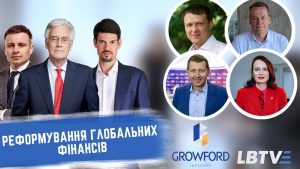 Внешняя политика “A Question for Ukraine is What Should a Country Not as Rich as Japan or Eurozone Do?” - Lord Adair Turner, a British economist
17 June 2021,